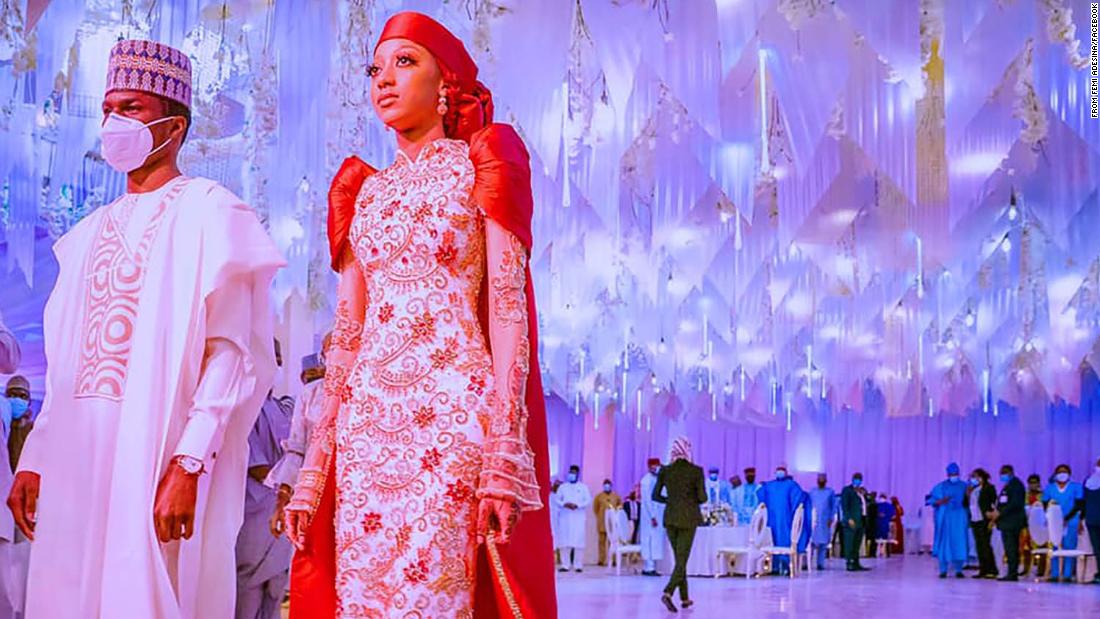 The two-day wedding began on Friday under strict security at the palace of the Emir of Bichi, the father of the bride, in the presence of thousands of supporters.

Fleets of private jets were seen parked on the runway at Kano Airport, sparking outrage from residents on social media.

Days earlier, the bride and groom gave their friends pre-wedding festivities with a special polo tournament and the bride turned heads in a ‘Frozen’ themed bridal shower.

Yusuf is President Buhari’s only son. The newlyweds met in the UK where they both studied.

Popular Islamic cleric Ahmad Abubakar Gumi sharply criticized the display of opulence by the Nigerian ruling class at the wedding.

“Someone told me that private jets in Nigeria have all been hired for the wedding of Buhari’s son … Some people are captive in the bushes and cities. Hunger is everywhere. People are facing all kinds of problems, but politicians have spent public money on private jets, ”Gumi was quoted in local media.

Nigerian health organizations have also expressed concern over the mass rally at the wedding of the president’s son following the recent surge in Covid infections in the country, weeks after the highly contagious Delta variant was detected.

“At a time when health experts continue to warn people that the reality of the Delta variant of COVID-19 is here with us, it is sad that this is such a time that you have a large public gathering without holding COVID-19 protocols into account, ”a Joint Health Sector Union (JOHESU) spokesperson told local media while reacting to the non-use of face masks by many royal wedding attendees.

“It was President Buhari who signed the law that made non-compliance with COVID-19 protocols punishable by anyone, but it is the cream of his officials who do not use face masks and do not respect distancing social, ”JOHESU spokesperson, Olumide Akintayo added.

According to media reports, a dowry of 500,000 naira (approximately $ 1,200) was paid to the bride’s family by the groom, a huge sum for many families in the poor northern region.

“There is no fixed price for the dowry … people pay varying amounts according to their ability and social status. Some pay 10,000 or even less,” Useini Zakari, an expert, told CNN. religious from Zaria, in the north-west of Kaduna State.