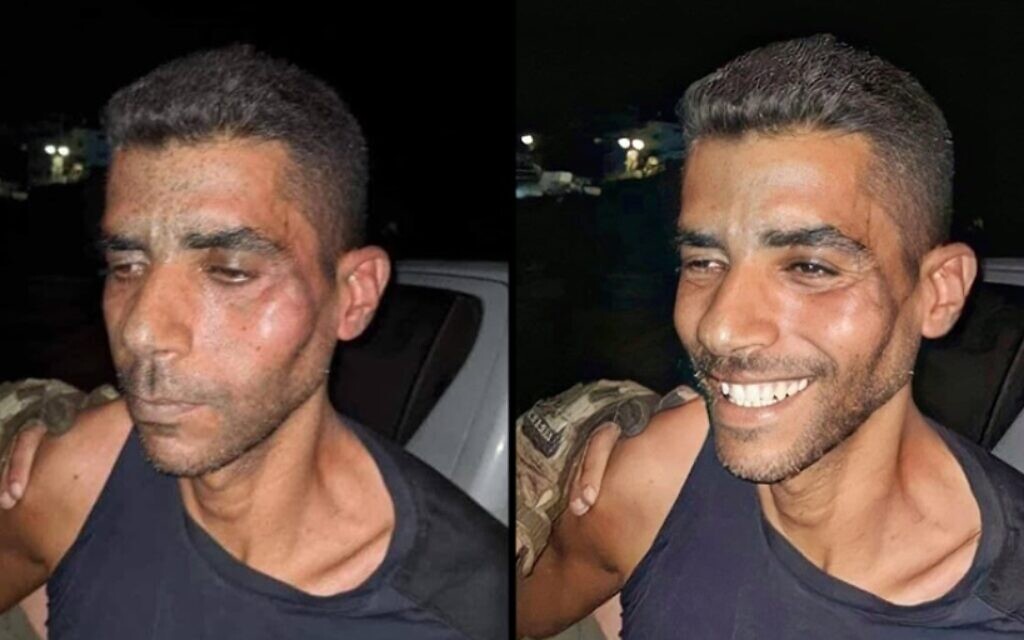 Palestinians on Saturday expressed disappointment and anger in media and social media over Israel’s capture of four out of six prisoners who escaped from their jail earlier in the week, amid calls for mass protests and clashes with Israeli forces in the West Bank.

According to Channel 12 information, the Palestinian public was being urged by various religious and political figures to take to the streets and confront Israeli forces.

Meanwhile, Hamas promised that the captured prisoners would be released in a future exchange with Israel.

He also called on Israeli Arabs – several of whom helped authorities catch the men – to help the remaining fugitives escape the law.

On social media, where the six had been honored in recent days as national heroes, spoofed photos of the fugitives were released after their capture, turning their grim, tired, real-life expressions into defiant smiles at the cameras.

By registering, you accept the conditions

The media in Gaza have just faced a smile on the 2 repossessed Palestinian terrorists and we can’t even. pic.twitter.com/b19iZVpyJV

According to Channel 12, Palestinian prisoners in Israeli jails were planning to go on hunger strikes on September 17, in protest against measures taken by authorities to increase restrictions on prisoners following the escape.

The Palestinian Red Crescent said it treated eight people injured by rubber bullets and 15 other cases of tear gas inhalation during clashes at the Huwara checkpoint, south of Nablus.

Demonstrations also took place across the West Bank on Friday evening, some of them violent, after police captured two of six Palestinian security prisoners. Up to 1,000 protesters and rioters took part in protests in 11 locations across the West Bank.

Palestinians opened fire on Israeli troops at the Jalamah checkpoint near the northern West Bank city of Jenin for the second night in a row, according to the IDF.

The IDF said up to 600 protesters gathered at the checkpoint to confront the soldiers. In addition to the shots, rioters set tires on fire and threw Molotov cocktails at the soldiers stationed there. The army said it acted to disperse the protesters. No injuries were immediately reported.

The cinematic escape of the Gilboa prison of six Palestinians on Monday morning raised tensions across the West Bank. Israeli forces carried out large-scale search operations, while Palestinian armed groups vowed revenge if the fugitives were injured.

Videos circulating on social media showed small crowds gathering in downtown Ramallah and al-Fawar refugee camp in Hebron on Friday evening in solidarity with the two recaptured fugitives. Other footage showed violent unrest at the Qalandiya checkpoint in the West Bank, north of Jerusalem.

In another nighttime disturbance in the West Bank, Israeli soldiers shot at three Palestinians in a pillbox near Hebron, injuring one. An IDF spokesperson said the three men threw Molotov cocktails at the troops. The soldiers retaliated with Ruger bullets, a smaller but still deadly form of live ammunition, according to the military. The three suspects have fled, as Israeli search efforts continue.

Palestinian media also reported clashes in the al-Aroub refugee camp in Hebron. The IDF did not immediately respond to a request for comment.

Palestinians revolt during a demonstration in favor of the escape of the six prisoners in the village of Kafr Qaddoum, west of Nablus in the West Bank, on September 10, 2021 (Nasser Ishtayeh / Flash90)

In addition, gunmen attacked the home of senior Israeli Arab police officer Jamal Hakroush in the northern Israeli town of Kafr Kanna on Friday evening. There were no injuries in the incident, although the shooting damaged the building, according to Israeli police.

It was not clear whether the attack was linked to the capture of the prisoners, a police spokesperson added. Hakroush heads a unit whose directive is to fight growing crime in Arab towns.

The unrest arose in the hours immediately following the capture of two of the escaped prisoners in the northern Israeli city of Nazareth.

Shortly after the arrests, terrorists from the Gaza Strip fired a single rocket at Israel which was intercepted by the Iron Dome system. Magen David Adom’s emergency service said a woman was slightly injured while running for safety when the siren sounded.

For many Palestinians, the fugitives were seen as “heroes” who managed to free themselves from several life sentences. In the Gaza Strip, as well as in the West Bank, some Palestinians have staged joyful sit-ins and rallies to celebrate the escape from prison.

Despite the captures, Islamic Jihad celebrated the escapees and warned Israel not to harm them while in detention, while saying this week’s arrest would not be the last.

“We hold the enemy fully responsible for the lives of the two prisoners arrested in Nazareth. Putting their lives in danger would be a declaration of war against the Palestinian people, ”the terrorist group said in a statement.

Israel “is trying to use the image of the arrests of the two fighters to try to show that it is a victory, to revitalize the image of its army which has become the target of mockery,” the door said. – speech of Islamic Jihad Daoud Shehab to Al-Lebanese. Mayadeen Network.

“This operation will definitely not be the last,” Shehab warned, referring to the prisoner’s escape, later adding: “We are fully aware that we are engaged in a long struggle.”

The terrorist group Hamas also praised the escape attempt of the two prisoners, saying arresting them “would not break their will”.

“They obtained the honor by their successful escape operation, humiliating the occupying power and shattering its prestige. Stopping them will not erase the shame of the occupation, nor will it break [the two prisoners’] will. They will one day be free in front of the jailer’s bars, ”Hamas spokesman Abd al-Latif al-Qanou said.

Emanuel Fabian and agencies contributed to this report.

Are you serious. We appreciate this!

We are really glad you read X Times of Israel Articles in the past month.

That’s why we come to work every day – to provide discerning readers like you with must-see coverage of Israel and the Jewish world.

So now we have a request. Unlike other media, we have not set up a paywall. But since the journalism we do is expensive, we invite readers for whom The Times of Israel has become important to help support our work by joining The Times of Israel community.

For as little as $ 6 per month, you can help support our quality journalism while benefiting from The Times of Israel WITHOUT ADVERTISING, as well as access to exclusive content reserved for members of the Times of Israel community.