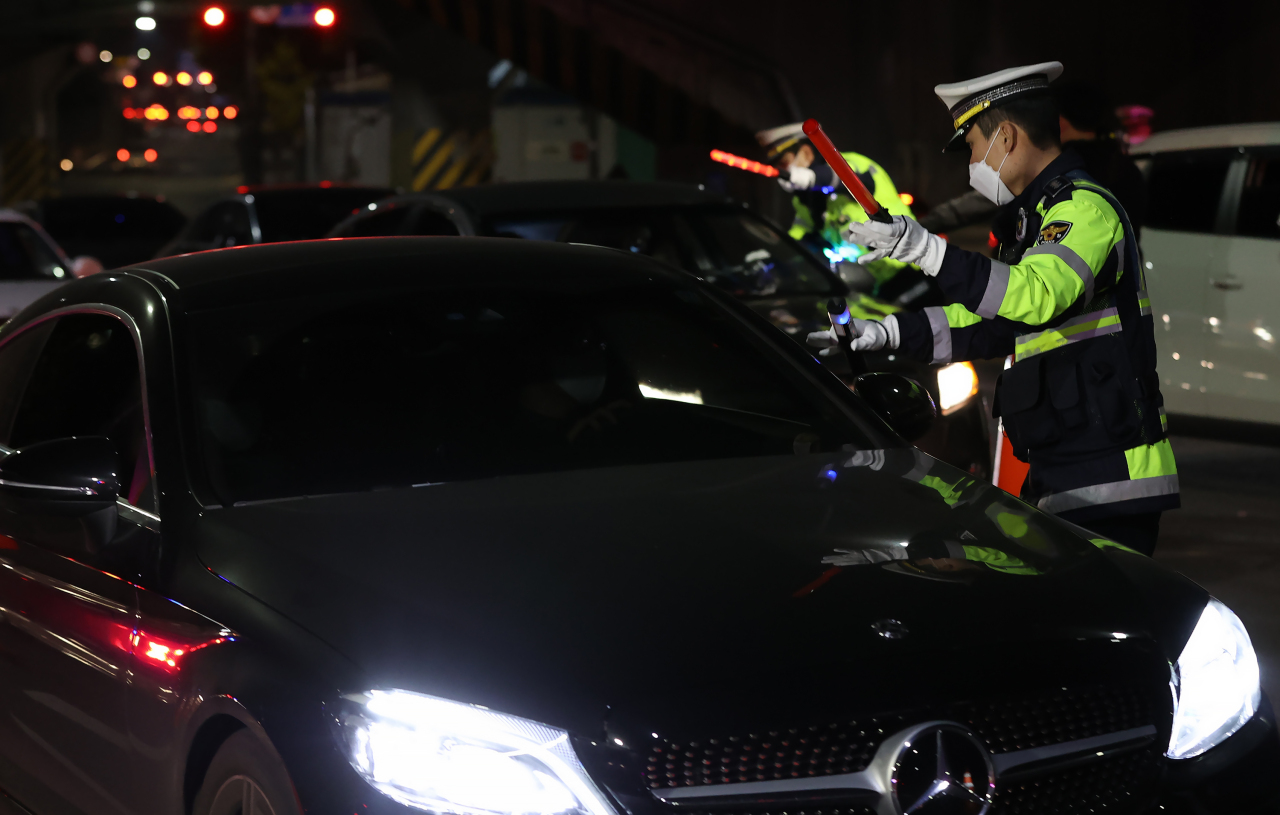 Nearly 1,500 people were arrested while driving under the influence (DUI) in the first four days after the country lifted restrictions on opening hours and increased the cap on private gatherings under of its “living with COVID-19” program, police said on Saturday.

Police said a total of 1,486 people were arrested for drinking and driving between Monday and Thursday, 384 of them with blood alcohol levels high enough to have their licenses suspended and the rest with levels justifying their revocation.

South Korea began the first of three steps on Monday to phase out restrictions on coronaviruses as part of its life policy with COVID-19 in a bid to get back to normal.

As part of the first phase, curfews on the opening hours of cafes and restaurants were fully lifted, while the caps on private gatherings were raised to a maximum of 10 people in the greater Seoul area and 12 Visitors must show that they have been fully vaccinated or have a negative test result when entering high-risk establishments such as nightlife establishments.

Police said a total of 279 people were arrested for breaking social distancing rules during the same four-day period.

With rules on mass gatherings and gatherings also relaxed, the number of outdoor gathering notifications filed with the police has also increased significantly.

In the past five days alone, police received a total of 5,319 assembly notifications across the country, of which 1,466 were reported in Seoul. The number of assembly notices filed with police last month was 8,489.

Under the relaxed virus rules, the gathering limits for civic and political gatherings have been raised to a maximum of 499 people if all participants are fully immunized.

Prior to this month, rallies and demonstrations, except for one-person protests, were banned across Seoul as part of the authorities’ anti-coronavirus campaign. in other regions.