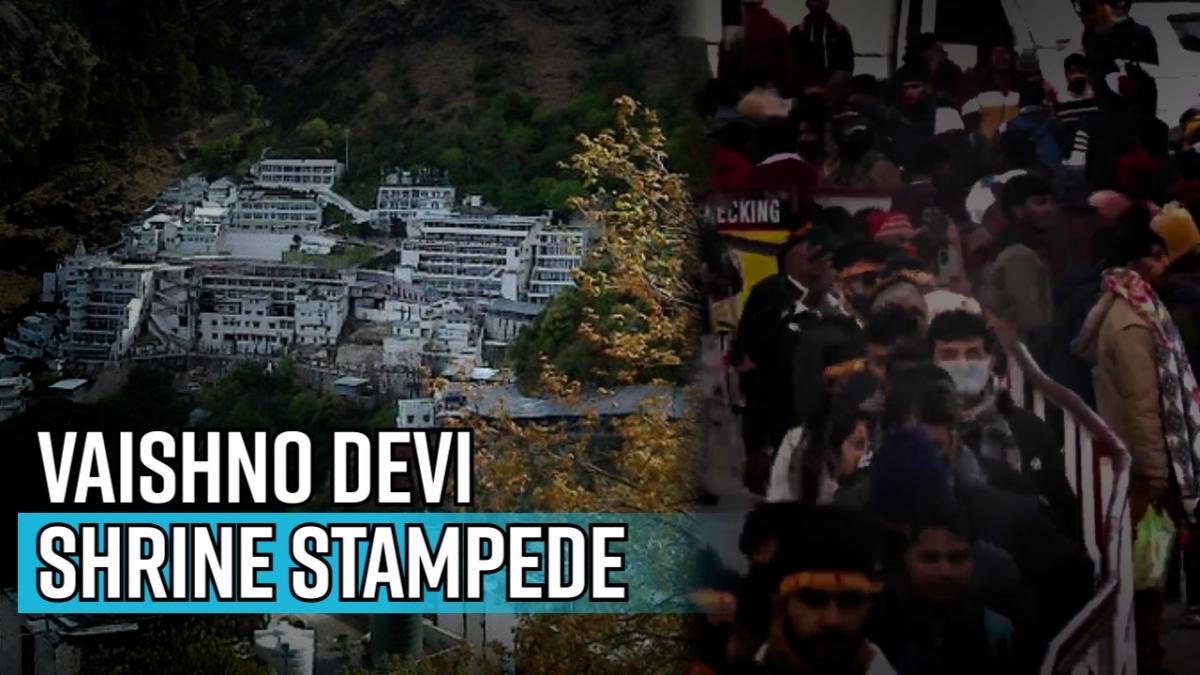 A day after the worst scramble at the cave shrine, Jammu and Kashmir Lieutenant Governor Manoj Sinha chaired a high-level meeting of the Shri Mata Vaishno Devi Shrine Council on Sunday to determine the cause of the tragedy in during which 12 pilgrims lost their lives. .

Shrine Board operates the Cave Shrine Yatra located at an elevation of 5,200 feet in the Reasi District. The Lieutenant Governor is the Chairman of the Board of Directors.

He announced additional ex gratia of Rs 5 lakh for the deceased and researched the reasons that led to the very first scramble in Bhawan of the shrine which typically attracts nearly a million worshipers each year.

According to reports, the director general and members of the shrine board were present at the meeting.

“Chaired a meeting of the SMVD Sanctuary Council. Several decisions have been taken to ensure the safety of the pilgrims. Besides Rs 10 lakh announced as a courtesy, an additional amount of Rs 5 lakh is to be given to family members of pilgrims who lost their lives in this unfortunate tragic incident, “the LG office tweeted after the meeting.

From now on, an ex-gratia of Rs 15 lakhs will be given to their families. A total of 12 worshipers lost their lives and 15 were injured in the stampede at Vaishno Devi Shrine early Saturday morning. Nine of the injured were released from the hospital.

Sources said during the meeting, the lieutenant governor provided an update on the situation after the stampede at the shrine. He gave instructions regarding the safety and security of the pilgrims.

Although the government of Jammu and Kashmir has already announced an investigation into the incident, the lieutenant governor has requested a detailed report from the Shrine Board regarding the cause of the tragedy.

Jammu and Kashmir Police Director General Dilbag Singh announced on Sunday that the police investigation into the stampede at Vaishno Devi Shrine will continue alongside a high-level committee investigation. He said action would be taken against those involved in the scuffle that led to the incident.

“The constituted committee would examine the causes which led to the stampede,” he said.

He said the government had already set up a three-member committee to investigate the unfortunate incident which was the result of the irresponsible behavior of some people.

A day after its constitution, the three-member committee asked the people to provide evidence related to Saturday’s stampede at gate number three of Bhawan.

“Anyone wishing to meet in person may appear before said Investigation Committee in person between 11:00 a.m. and 1:00 p.m. on 05-01-2022 at the Office of the Divisional Commissioner, Jammu, Rail Head Complex, Panama Chowk; to provide statements / facts / evidence “, reads the notice.

The committee headed by Principal Secretary (Interior) Shaleen Kabra, with as members the Divisional Commissioner Jammu Rajiv Langar and Deputy Director General of Police Mukesh Singh, was established by Lieutenant Governor Manoj Sinha and was invited to submit a report within the week. .