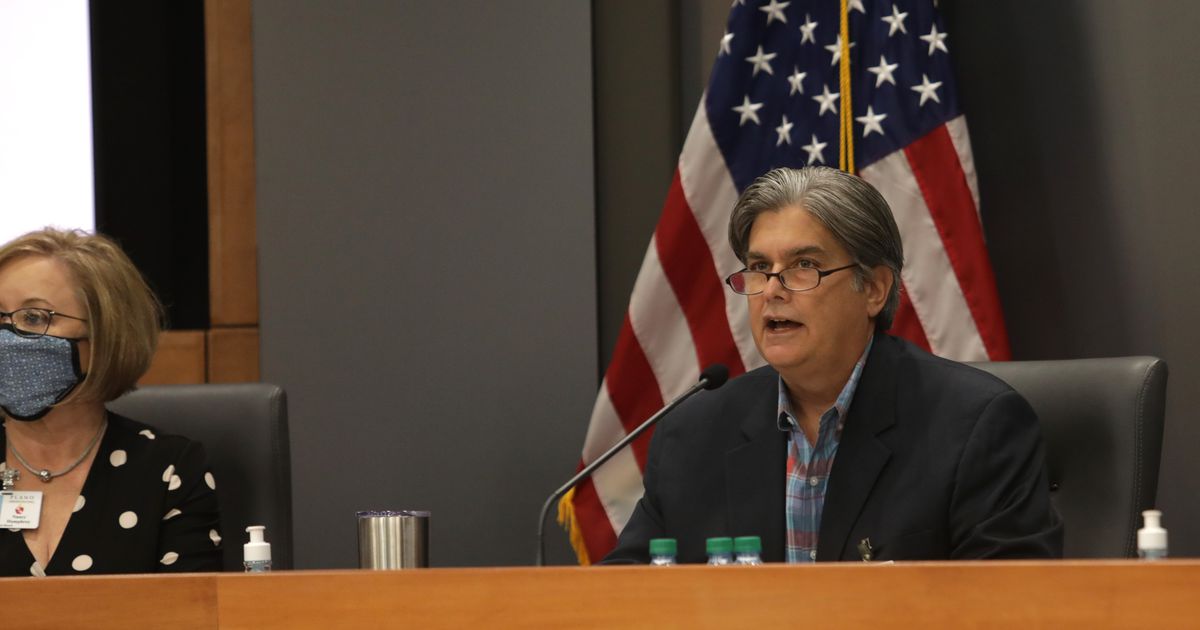 Thank you for your excellent reporting confirming my belief that most Texans want their school children to be safe. I had thought the only villains in this drama were Governor Greg Abbott and his executor, Attorney General Ken Paxton, but after Tuesday’s Plano ISD board meeting I realized that not all districts are wouldn’t do the right thing, even if pressure from Abbott and Paxton were to ease.

By a vote of 4 to 3, the school board decided to abandon its mandate as a temporary mask with “unlimited exceptions”. The Plano mandate allowed 92% of parents to adopt the mask mandate, only 8% requested exemptions, and around 4% requested philosophical rather than medical exemptions. This masks the clear will of the parents of the arrondissement. All this as deaths from COVID-19 have now jumped to 1,900 per day nationwide.

We believe that threats of prosecution by the attorney general were the main motivation for the four board members who voted against the masks. What happened to let the parents decide?

What do we teach?

Reading the highlights of the law recently enacted by the Texas Legislature regarding what could be taught in public schools led me to recall Mark Twain’s observation that “history does not repeat itself but often rhymes. “.

About 60 years ago my high school played the musical South Pacific. At that time, it was one of the most popular musicals of all time, having been featured on several occasions as a State Fair musical. While not one of the best-known songs on the show, “You’ve Got to Be Carefully Taught” expressed the central theme that we are not born with prejudices but acquire prejudices from our families and of the society in which we live.

Oddly enough, the school administration ordered that the song be taken out of our production. Their purpose has never been explained. Perhaps they believed that we were too young or too sensitive to be exposed to this undeniable aspect of our human nature.

Did you all print this?

Re: “In Search of Real GOP DNA,” by Chris Tucker, Wednesday Letters.

Truly? Why The morning news from Dallas even print a letter full of such a vitriol? I have sent letters criticizing Democratic policies before (not people, but ideas) and I knew when I sent them they would not be published. Indeed, I have never been disappointed!

Now I read a letter spewing ridicule for all Republicans as well as hateful comments about Senator Ted Cruz and The news print ! East The news help foment social divisions within this country? It really seems like yes.

Just so you know, though, I’m a Republican (RINO?). I have never supported and never will support a person who intimidates or ridicules other countries or people (including politicians – they are people, right?) In order to keep America great!

I’m pretty much a diehard Republican. I never voted for a Democrat and thought I never would. While I agree with much of your Conservative platform, I am appalled, Governor Greg Abbott, by some of your recent positions. The new abortion law is reprehensible and probably illegal. The government must stay out of this personal decision and let the people concerned choose. I am disappointed that you signed this flawed bill.

Your handling of the coronavirus in Texas is terrible, and your stance on masks is not only bad but dangerous. Let local governments and businesses decide what’s best for them. Stay out.

Your position on vaccinations is wrong in many ways. A caring and compassionate governor would go out of his way to get the shots fired. Your position helps put everyone at risk.

As governor, you must use the pulpit of bullies to get people vaccinated. You should also let businesses and local governments require vaccinations if they see fit.

Because of the monumental ineptitude of these decisions, Mathew McConaughey is doing better every day.

They are human beings

I can honestly say that my stomach hurts looking at the front page of Monday. A great photo of Haitians who are starting to pile up like cattle! My white privilege was thrown in my face when I saw these humans, with nothing but a plastic bag of their material possessions, being chased by a man on horseback. The horseman has police officers on his shirt, which I’m sure is scary.

This image forces me to see what I don’t want to see, or to recognize what is happening. How can I stop this, or what can I do to fix the problem? They are human beings. Where is our compassion and our common love for our neighbor?

My first anger was against the paper which forced me to see this, but we must be awakened to this act of inhumanity! Thank you, Dallas Morning News, for shocking me awake.

Especially in Texas, among the nation’s stingiest states on minimum wage, and where women who can’t afford a trip to New Mexico are now forced to have children as they want. or not, it would appear that the business community would be very much in favor of a proposal that included affordable child care for their low-wage workers.

Or is the Texas Association of Business proposing to double the minimum wage – most of which goes to female workers – to a living amount?

Click on here send a letter to the editor. Make sure you include the sources.