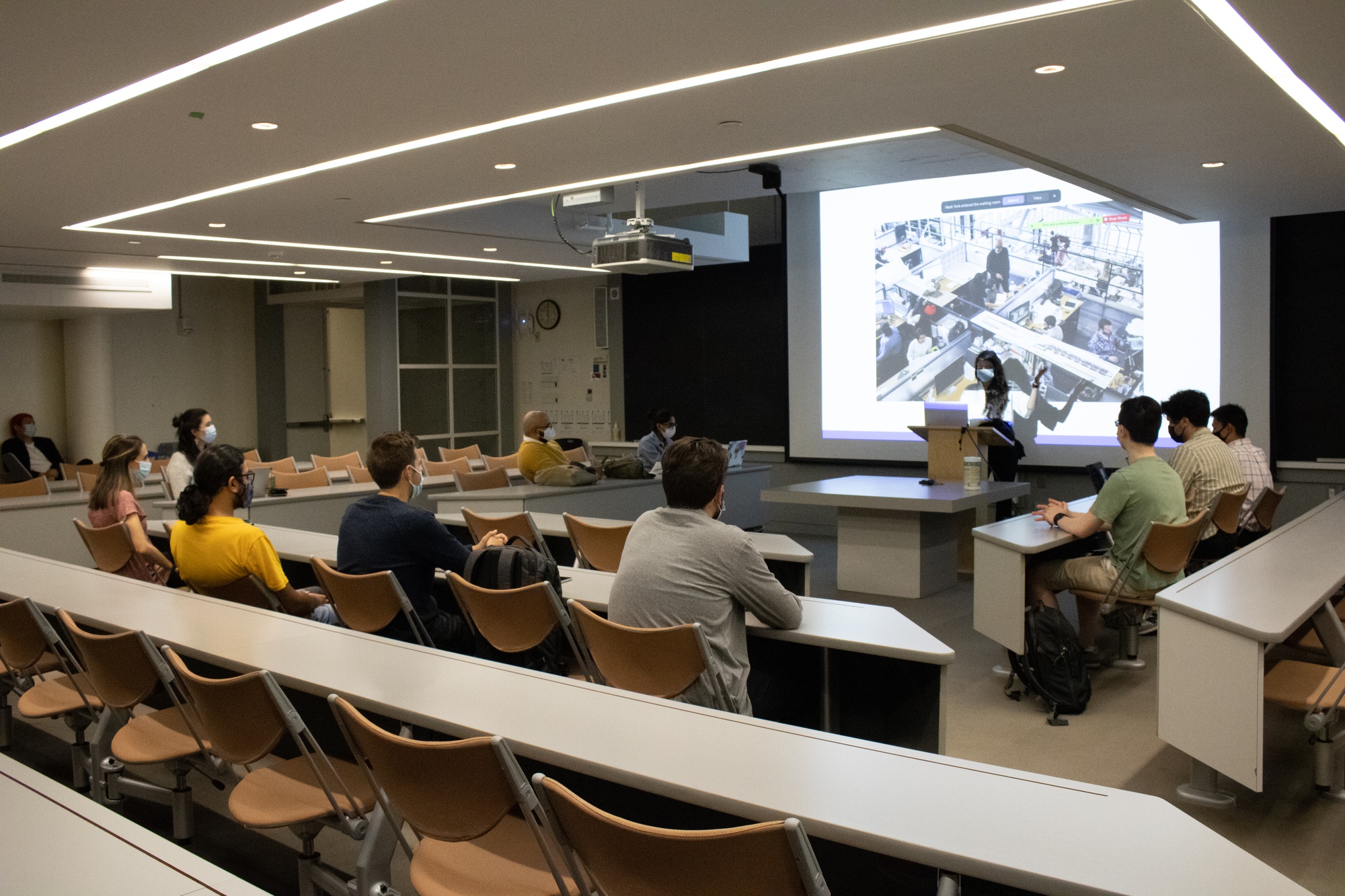 The Harvard Graduate Council held its first public meeting of the academic year on Monday to set its priorities for the coming semester, including working with the Harvard Graduate Students Union, strengthening communication between the Council and the various agencies. academics and finding ways to better support alumni.

The Council, which conducted business virtually last school year due to the Covid-19 pandemic, held its first meeting in person and broadcast on Zoom. In keeping with Council tradition, the meeting began with a walking tour of the host graduate school, which on Monday was the Graduate School of Design.

While some representatives physically gathered in the Drucker Gallery at the Graduate School of Design, those who opted to virtually attend were thrown to the front of the room to adapt to the ‘strange new reality’, as stated by Chairman of the Board and medical school student Peter Choi.

Matthew R. Volpe, a liaison between the Harvard Graduate Students Union and the United Auto Workers for the Council, told the meeting that he hoped HGC and the union would collaborate in the coming months. . He noted that as a student group that receives funding from the University, HGC can serve as a useful resource for the union.

Volpe also urged graduate students to alert their peers of the strike authorization vote – which began on September 13 and remains open. Two-thirds of union members must vote yes to allow the union’s bargaining committee to call a strike.

HGC Advocacy Chair Xavier I. Sayeed presented other Council advocacy initiatives for the academic year, including the creation of Council working groups focused on advocacy, pressure on the University to qu ‘she creates emails for alumni and in preparation for a week of shopping – a tradition of previewing courses being reviewed by the Faculty of Arts and Sciences which graduate students say causes insecurity employment.

Choi said the university plans to form a task force to look at alumni email addresses and other ways to support alumni.

“The Harvard University administration agreed to get rid of alumni.harvard.edu emails because it was a transfer system, not an inbox storage system – c ‘is a very outdated thing that our counterpart institutions do not use, ”Choi said. “Right now what Harvard is trying to do is figure out exactly how to handle the situation.”

Despite the technological challenges of coordinating a hybrid meeting with Board members both in person and on Zoom, some representatives – including Chairman of Information Nima S. Zamanpour – were able to shed light on the situation.

“Welcome to dystopia,” Zamanpour said with a laugh.